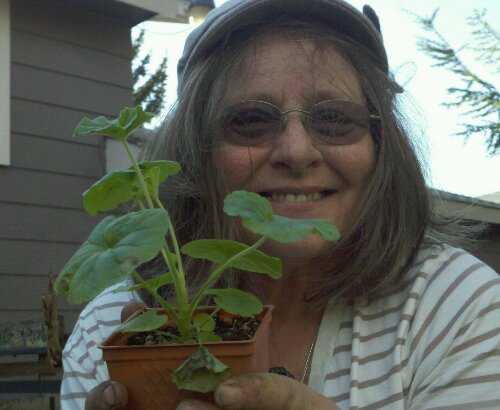 That’s what I feel like. But refugee is the wrong word. FACEBOOK-FREE is more like it. I’m Facebook-less. I think I like it. We all share so much about our private lives, well at some point you have to ask yourself if it’s really in your best interest.

My usual position has been, for decades,  well forever that privacy is an illusion,  so we may as well let it all hang out.

That was before I thought carefully about the police state we are living in here in the U.S. Inside of that, my position warranted review. Time will tell if it mattered. But knowing we are being looked at, it seems the better part of my courage in this regard would be a measure of discretion.

All my life, I’ve been an activist, usually for peace. Now, my government is interpreting peace activism as a form of domestic terrorism.  In America, it is becoming a crime to speak out. Well, the reality is this drift into martial law just activates us activists.

Still, there is no profit in doing their job for them.

I have never been fond of flag-waving. It reinforces the “nation-state” paradigm and keeps us stuck in outmoded thinking.

When will we see each other as fellows, as residents, co-residents of planet Earth. Will it take an alien attack to unite us in a shared purpose?

I will not celebrate victory by either side in a war between humans.

The powers that be are always and of necessity conservative.  They do not want change that might undermine their power. They have this pile of gold, and they are playing “King Of The Hill.” They’re suspicious of everyone.  They’re afraid we might find a way to take it away from them.

This type of mindset becomes a mental style, an overriding tendency to say “No.” So “no” is the default.  In the default world. It is preferable to keep people uninformed and uneducated.  Critical thinking, clear information would surely provoke objection to the hoarding of our nation’s wealth, to the directing of our nation’s domestic and foreign policies by those whose bottom line is profit, whose profit motives override all yother considerations, including the provision of quality goods and services. It’s been “let the buyer beware” for quite a long while now. But I remember a time when honesty was enforced legally, when quality was regulated and when monopolistic greed was against the law.

Our government has been co-opted. Our politicians are utterly dependant on large donors to fund their election campaigns. Much of the direct correspondence between donations and voting is public record. How many people ever wonder who or what their representatives are funded by?

The last thing the wealthy and their paid staff of elected officials want is an informed electorate. What they really and truly want is for us to be non-critical workers and consumers and easily led.

Above all, incapable of united action against them. They love to watch us fight with each other.

They fear that we will talk to each other, rather than “at” each other. Most of what goes on is competing monologues and as long as we are in opposition to each other, we can’t hurt their monopoly on money and power.  We never really hear each other’s stories. We label and we stop listening. Fragmented. Powerless.

But they went too far. The cat is out of the bag. The BP oil spill, the health care debate, the mid-term election and now the tax cuts for the rich. We all recognize there is a big problem here. We all feel violated. We all feel disenfranchised. Our votes get us nothing.  They are not legal tender.

The rich, represented by corporate lobbyists, industry PACs, and other interest groups, buy votes on both sides of the aisle, although it’s clear they have been more successful on the Republican side of the aisle. The Democrats still make some attempt to represent the not-rich populace, workers, children of workers, parents and grandparents of workers, the poor, the disabled, the non-rich mentally-ill or otherwise disadvantaged.  Immigrants,  especially if they are undocumented. Single mothers, gays, and of course old people.

We Americans disagree about lots of things. This is not our problem. It is just our human nature. That is why we vote. Consensus is a luxury we do not have. Representative government is a wonderful way to manage our grand diversity. What doesn’t work for us at all is the need to be right about our opinions. They are just opinions, after all.

But instead of enjoying our diversity, we tend to be righteous about our own opinions and we judge those who don’t agree with us as being “wrong.” Pretty quickly, we stop listening to those “wrong” people.

And that’s the Ideology Trap. Inside of our ideological positions,  we don’t have dialogues.  We have competing monologues.

But right now we have an issue that does not fit in the system of competing ideologies. We all have the same problem. We have it in common. With the exception of those who currently have control of the wealth.

So, we have come to an opening in the forest, a place where we can stand together. Now that we see it, we can talk to each other again. We have found common ground.

The question is, will we have the guts to stand up for ourselves and for each other? I want to believe we will.